At the start of their relationship couples invest hope, dreams, expectations and assumptions in being together. Over the course of time as the relationship matures many couples forge a bond that is uniquely theirs and special. There will be times when the relationship is placed under stress for all manner of reasons and usually a couple can weather the everyday pressures of modern life juggling careers, family, finances and the normal ups and downs of sharing a life together. However, the resilience and resources of a couple may be stretched when problems can no longer be resolved and where once they would have turned to one another for support there now exists a gulf. It may be the expectations made at the start by each person were simply assumed as a shared goal and if a couple are not able to communicate this can so easily lead to misunderstandings and emotionally bruising which can then become the norm and at some point reach a critical breaking point.
For a relationship to prosper and thrive it is vital that differences of opinion and conflicts can be aired as each person listens to the other, tolerates and makes room for each others points of view and then to be able to negotiate and resolve problems. This is easier said than done, and with time and willingness a couple are usually able to accommodate their differences. In building a life together couples learn how the other person deals with stress and how together they can manage conflict between themselves. Conflict can be a source of growth and not the overwhelming disaster that people imagine.

However, it may be that for many couples conflict is either to be avoided at all costs or arguments become a regular and toxic feature of life. When arguments become an established norm and are routinely fought with no resolution in no sight I will as a therapist delve into the history of not only the arguments but explore what are the real issues being fought over. Many is the time I have heard one or other of a couple stating that they "gave in and anything for a quiet life". However, too often it leads to burning resentments which if not talked about lead to explosions or grudges from the past are dredged up to be hurled as accusations. Arguments can follow a pattern of criticism and counter blame where neither party will allow any space for reflection. Whatever is being argued about is lost in the vital battle for survival against the perceived attacks from the other. However, for many other couples who avoid open conflict strain is placed on the relationship by constant, persistant low grade bickering where fault finding is a regular feature, this kind of suppressed anger can lead to withdrawal and estrangement and chips away at the foundations of a relationship.
On occasion in the course of therapy it emerges that there is a realisation that what the couple really want help and support with is how to separate without the accompanying acrimony and blame. Once this is out in the open counselling can help couples achieve honest exchanges about how they see their future and what hopes and expectations they have for one another and if there are children involved how they would like to co-parent. These discussions take place over time and are not easy but they allow each person to really hear and understand the other and this reflective space allows for divergent views, growth and maturity in the couple relationship.

There are many stressors that can bring a couple into counselling, for example:

When couples come into counselling it is not uncommon that one person usually blames the other or the other is perceived as the problem and needs to "be sorted" . This is not a helpful attitude and impedes progress. The way in which I work is to pay attention to the primacy of the couple relationship and to focus on fostering better communication and understanding. Whilst individual histories will play their part the primary purpose is to improve the relationship the couple have with one another.

Developing a relationship with a therapist can take time as there are issues of trust and vulnerability to take into account. I will ask each person what they perceive to be the problem and what they hope to gain out of coming into therapy. Is there an understanding about why they have come into counselling and is it shared view? Through building a rapport I hope to illuminate the ways in which a couple interact and and where the stressors and conflicts of communication lie and to trace how the problems began. This will involve looking at the individual history of each person's family of origin and how that has impacted upon the adult relationship, in other words what baggage does each person bring into their couple life.

For example, couples might say they argue fiecely about a particular subject and they have a different take on how it should be handled, the conflicts can escalate to such a pitch and couples can feel they are fighting a battle that they cannot afford to lose. More often than not there is usually a burning desire to be in the right and feel vindicated rather than looking at the bigger picture of what is happening to the relationship. In therapy I look at what lies beneath these arguments, the fears, anxieties and anger that are brought into play and more often than not there is an issue or unresolved conflict from the past that is getting in the way. People remember incidents from their past that profoundly affected them adversely and they have no wish for history as they see it to repeat itself which is why arguments can become so acrimonious and vitriolic.

I saw a couple who fought fiercely about money and neither could tolerate the other's values and attitudes towards how the family finances were shared. Their arguments were more focussed on proving the other had the wrong approach and they had clearly stopped listening to one another. Their bruising encounters were not only damaging to their relationship but family members were being affected too. In therapy I explored each other's attitudes to money and how their past influenced their present.

It emerged that one partner was brought up in poverty and there was great financial instablity in her family of origin. She remembered having to move a few times to avoid creditors and without being able to say goodbye to friends. Then amid much acrimony her parents split up and her mother became a single parent with three young children and relied on her to help out. She never saw her father again. The client's childhood was scarred by these experiences. In recalling these early memories many powerful feelings surfaced which had been repressed fear, rage, sadness, shame, guilt and an absolute implacable determination that she would not allow herself or her children to go through a similar experience. Counselling illuminated how the fear of not having control of the family finances was a driving force in their arguments and in the eyes of the client she was protecting her family against a potential catastrophe and felt her husband's attitude was an obstacle and at best misguided and at worst showed he did not really love her or their children enough.

The husband on the other hand came from a family where his parents were busy high achievers and he was brought up by child minders. His parents lavished him and his siblings with treats and little luxuries. His association with money was that it was a way of showing love and being frugal meant a witholding of affection and care. In times of arguments he accused his wife of being ungrateful and unappreciative.
At best he thought his wife was over reacting and at worst dismissing his achievements as bread winner and denying him the accolade of being successful and the pleasure of looking after her and their children in the way that he was taught. He felt his roles as earner and father were rejected and not valued which left him feeling lost and redundant.

Pressing the pause button and committing themselves to the counselling process allowed them to stop and really listen to each other without the heat of having to defend their particular values. As a therapist I was able to provide a containing presence and to be a neutral but engaged person in their dialogue with one another.
In the course of talking, a number of painful and repressed feelings which had been buried and forgotten emerged for both of them, and counselling gave them a space to explore and process the myriad layers of complex feelings from their past and what part they played in their present. In the work we all did together the couple were able to resume functioning as a healthy unit rather than two estranged individuals as they were able to integrate a way of managing and resolving conflict which had a positive impact on family life and provided their children with examples that arguments can be negotiated. As a couple they learned that it was possible to tolerate that the other person could have different and sometimes conflicting opinions and perspectives and it did not have to lead to a battle of who is right or wrong. Listening to one another without automatically feeling accused or criticised was a big learning step and one that was necessary to heal the rift.

Whilst counselling did not completely resolve all their problems it allowed them to develop a much healthier way of dealing with conflict and this in turn helped strengthen their relationship.

click
©2022 Time For Therapy Counselling is powered by WebHealer
Cookies are set by this site. To decline them or find out more visit our cookie page 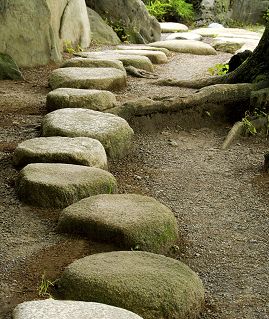 ©2022 Time For Therapy Counselling is powered by WebHealer
Cookies are set by this site. To decline them or find out more visit our cookie page